How We Work
Services
BlogSignup

I had the wonderful opportunity of working with Michelle and her 6th grade son, Marcus, on one of the most difficult, yet most in-demand life skills—writing! 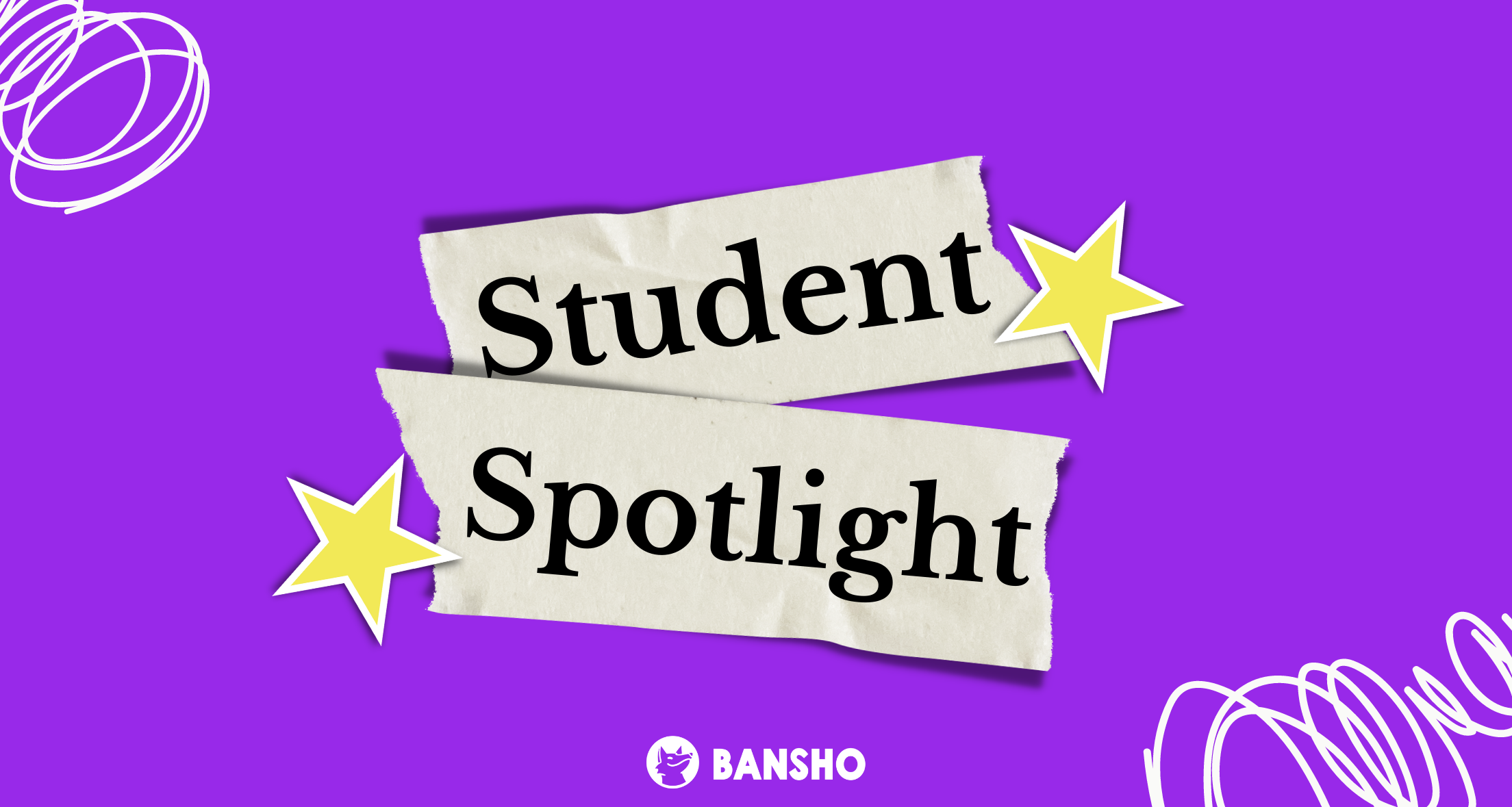 Marcus joined Bansho at the beginning of his first year of middle school with a lot of creative ideas and a passion for learning. He started in a good place, excelling at coherently answering questions in a written format and understanding and applying the mechanics of writing. It was important to Michelle and Marcus for him to develop strong professional writing skills that would carry him throughout middle school and into high school.

I created a learning plan for Marcus that included writing an opinion piece using evidence gathered from a text. When getting to know Marcus, he showed interest in video games and online communities, so I crafted the learning plan to revolve around Roblox! Marcus and I read an informational article on Roblox together, and Marcus practiced deciphering the text and identifying details that would help him later in his writing.

After learning about the writing process and refreshing his memory on the 5 paragraph essay format, we were ready to try writing an essay about Roblox. We began by brainstorming and mapping out the most important points Marcus wanted to address to support his opinion. We fleshed out these points by assigning supporting details to each one, and then we were ready to undertake the task of writing the essay.

Marcus had a lot of great ideas already, and didn’t need a lot of prompting from me to tap into his creativity. He expanded on each of his points, and with some guidance, was able to connect them to each other. After that work, the first draft of his essay looked great, and we were able to  move on to the revision stage. Marcus’ excitement for his final product grew as we crafted his essay together. He was invested in how his words sounded to the reader as we revised his writing and made sure his thoughts were clear and concise, while still being true to his voice and vision.

When we were done with his final draft, we read it out loud and were impressed by how it sounded in its final form. I told Marcus how proud I was of him, his hard work on this piece, and the knowledge he had gained on the writing process and the five paragraph essay. I’m so happy that I was able to guide Marcus in writing his first persuasive essay, and that he now has a bag of tricks he learned from our time together to pull out the next time he needs to write this type of piece.

Curious to see how Marcus’ essay turned out? Read it below!

Roblox - Why You Should Try It
By: Marcus McCall

Hi, would you like to learn about the platform that encourages Powering Imagination™? Roblox used to be a physics simulator when it was first made and it still has really unique qualities that everyone should see for themselves! Roblox is a MMO (Massively Multiplayer Online game) which is a game where everybody can play with other people and the amount that can be played with can go up to 1,000 per server. I think everyone should try out Roblox because it has many different games to play like MeepCity, AdoptMe, JailBreak, and many more. It’s unique, because unlike other games, it doesn’t have human-like characters. Roblox has many different types of character, ranking from Aesthetic, Blocky, Slenders, and Copy and Paste. That was a few examples of the amazing game called Roblox and why everybody should try it.

One popular type of games are Roracing games. Most of these games are based off of real life motorsports, and Roblox players are fans of motorsports. Role Playing games are another type of game in which everybody can live a life in a small town or big city; people can do anything in the games as long as it’s not anything bad (though, you can still live a criminal life). Roblox fighting games can be normal fighting games, or games that have a lot of blood and gore in them. They get taken down a lot because of how much blood and gore are in the games but they are very fun to play. These games include Mortem Metallum and Neighborhood War. People can play with others on these games and there will be servers with other people in them.

In video games you can get to know people and what they like to do. Normally players have to be friendly towards other players and try to build a friendship. It doesn’t matter what game the player goes to, they can chat in every game unless the creator removes the chat feature. It’s fun when players play with other people rather than just themselves; it’s easier to beat a game when people are brainstorming together.If the player just plays by themselves, then there would be no point in trying to beat the game. Also Roblox is a good game to connect to people during the COVID 19 pandemic. There’s a lot of people on Roblox who like the same things as other players, and people can connect during this crisis we’re going through. Roblox is one of the best places to make friends which helps people become less lonely. Unfortunately, Roblox has a bad side to its community as well, including Condo Games, and Da Hood. People you don’t want to mess with on Roblox are Slenders or Copy And Pastes, (CnP). Slenders are a type of person on Roblox that has social anxiety or aren’t good at making friends, and CnPs are normally young girls trying to get attention for fame.

Roblox is not one of those games that has just one main title, it has lots of titles that are popular. It also has its fair share of creepypastas and myths. Creepypastas are normally accounts that have a weird backstory or a way to do weird things on the account; creepypastas are accounts that can do things like hacking, or they could create really weird games that give off a weird vibe. Creepypastas are basically weird things that happen over the Earth’s history; they usually come from a certain incident or are just really weird. Most Creepypastas are fake! In 2017, Roblox players could be teleported to a game and in the corner of the eye they could see a weird tentacle-like creature. After this weird occurrence, their game could randomly crash. It was also kind of like a virus that could happen in any Roblox game that someone was playing. Also, another account, 1X1X1X1, was an account that was very well known for its incredible hacking skills. Before the account was terminated, it teamed up with other hackers who were also well known in the Roblox community and they almost shut down Roblox!  Roblox hosts an event every year called the Bloxy Awards; these events on roblox are normally to give content creators and game creators a chance to shine and be well known on roblox. Overall, Roblox has a weird history and also an interesting one!

In conclusion, Roblox is a great website that has a weird and amazing history. Creepypastas, myths, and games are only a few things that are on Roblox, and it has a lot more to explore if you try it yourself. The unique games, a nice community, and a place that is Powering Imagination™,  are reasons why you should try Roblox. Thank you for reading my persuasive essay, and I hope you like the community as much as I do!

Ready to help your young writer hone their skills? Fill out the form below to connect with our learning team!

More From the Blog 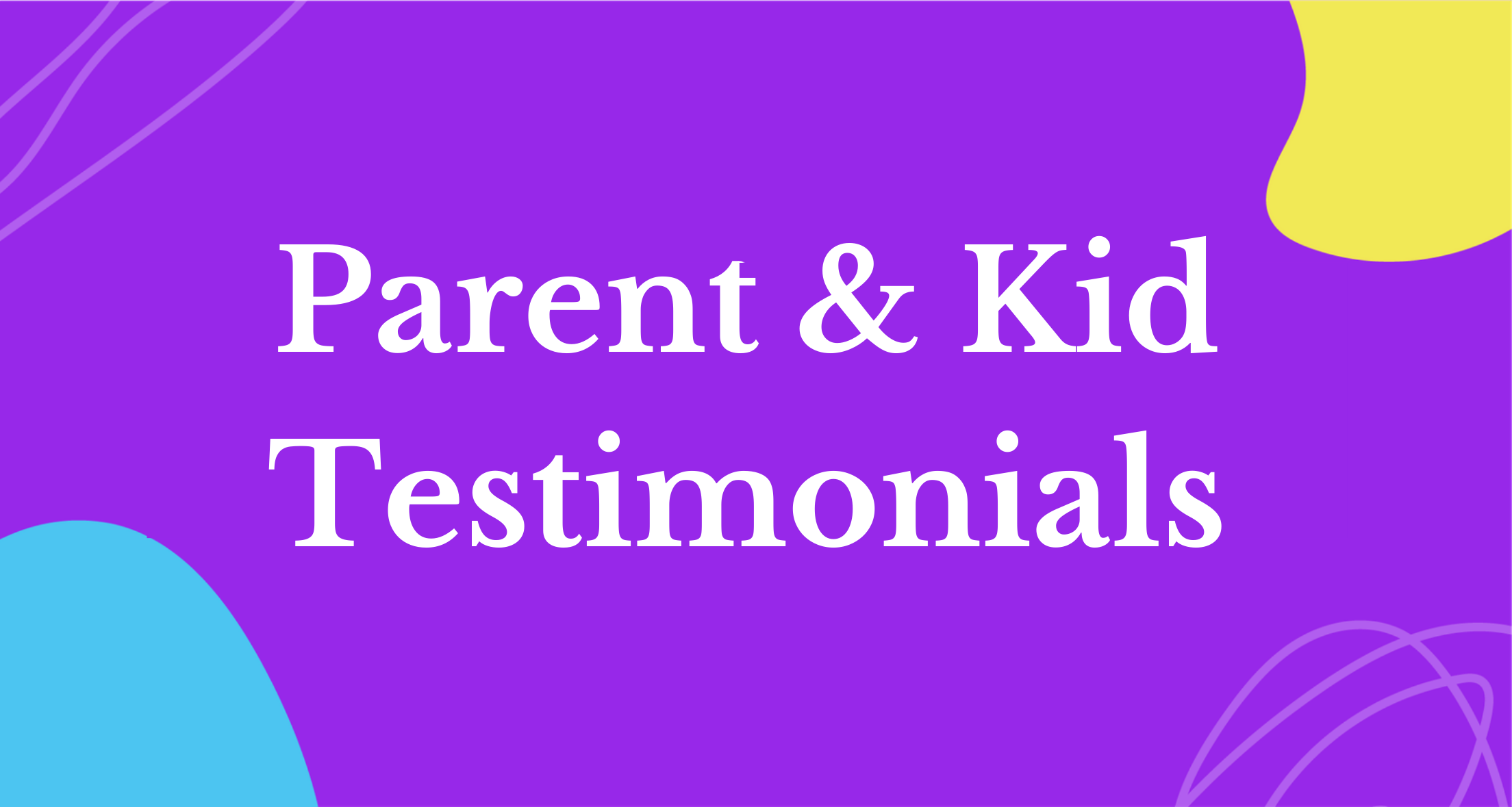 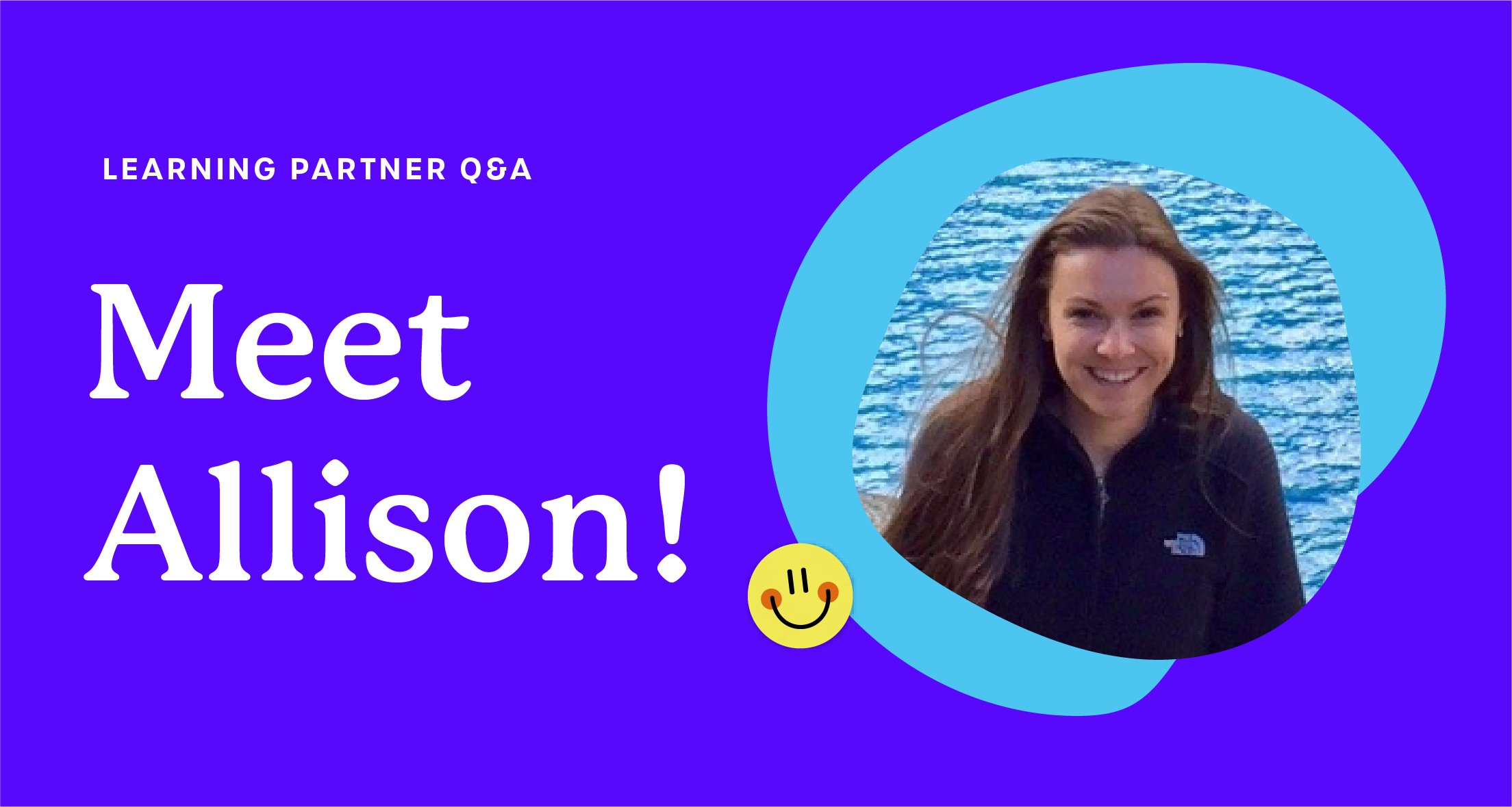 Meet Allison: Learning Partner Q&A!
Allison has been with Bansho since September 2020. You may recognize her from her elementary science Bansho lessons! Let’s learn more about Allison with a fun Q and A!
Read THE BLOG POST 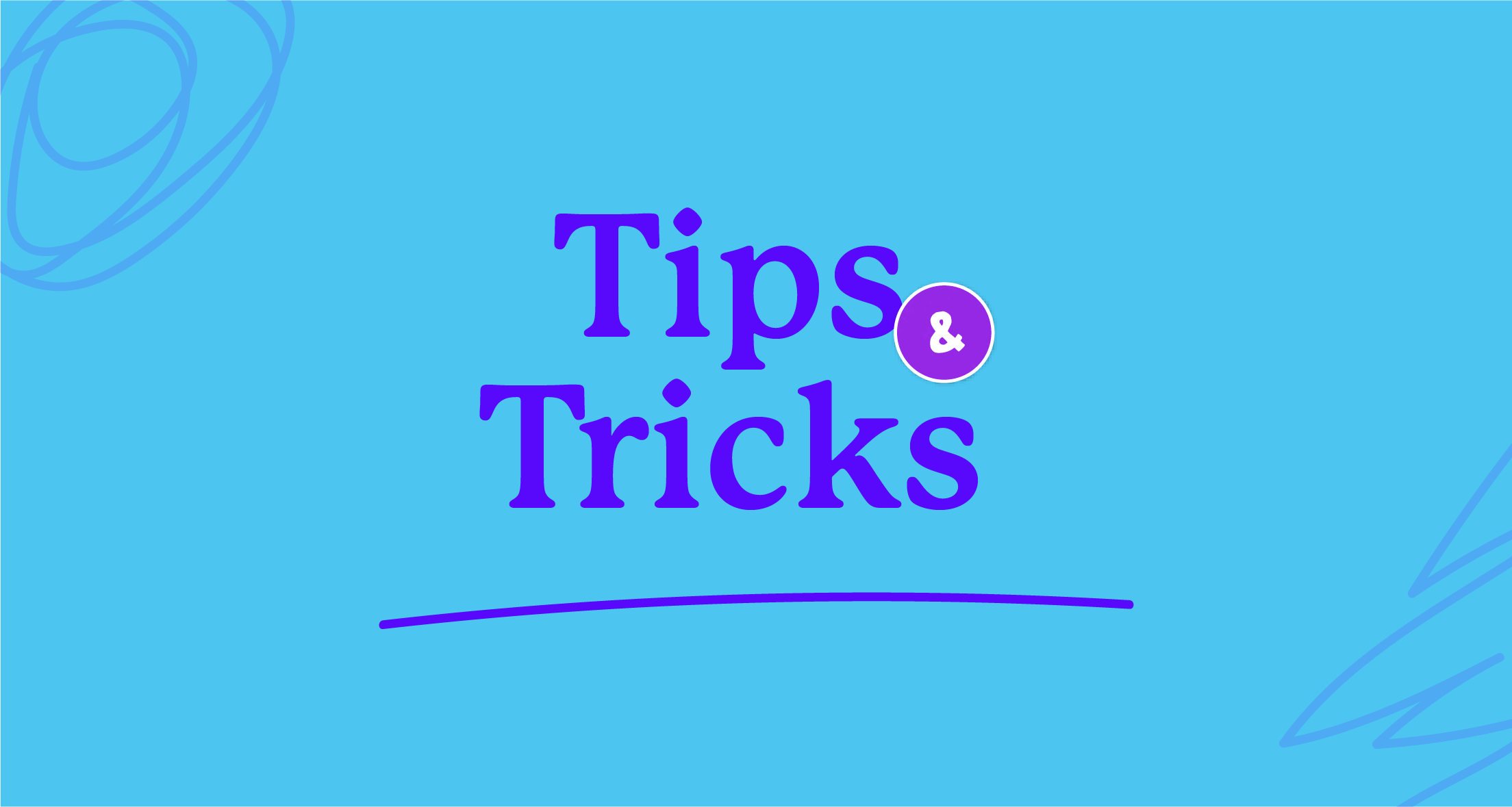 Five Tips for your Family to Act & Advocate for our Planet!
For families, climate change can be a difficult and scary subject to approach! Earth Day is a great opportunity to talk about the state of our planet with your kids!
Read THE BLOG POST 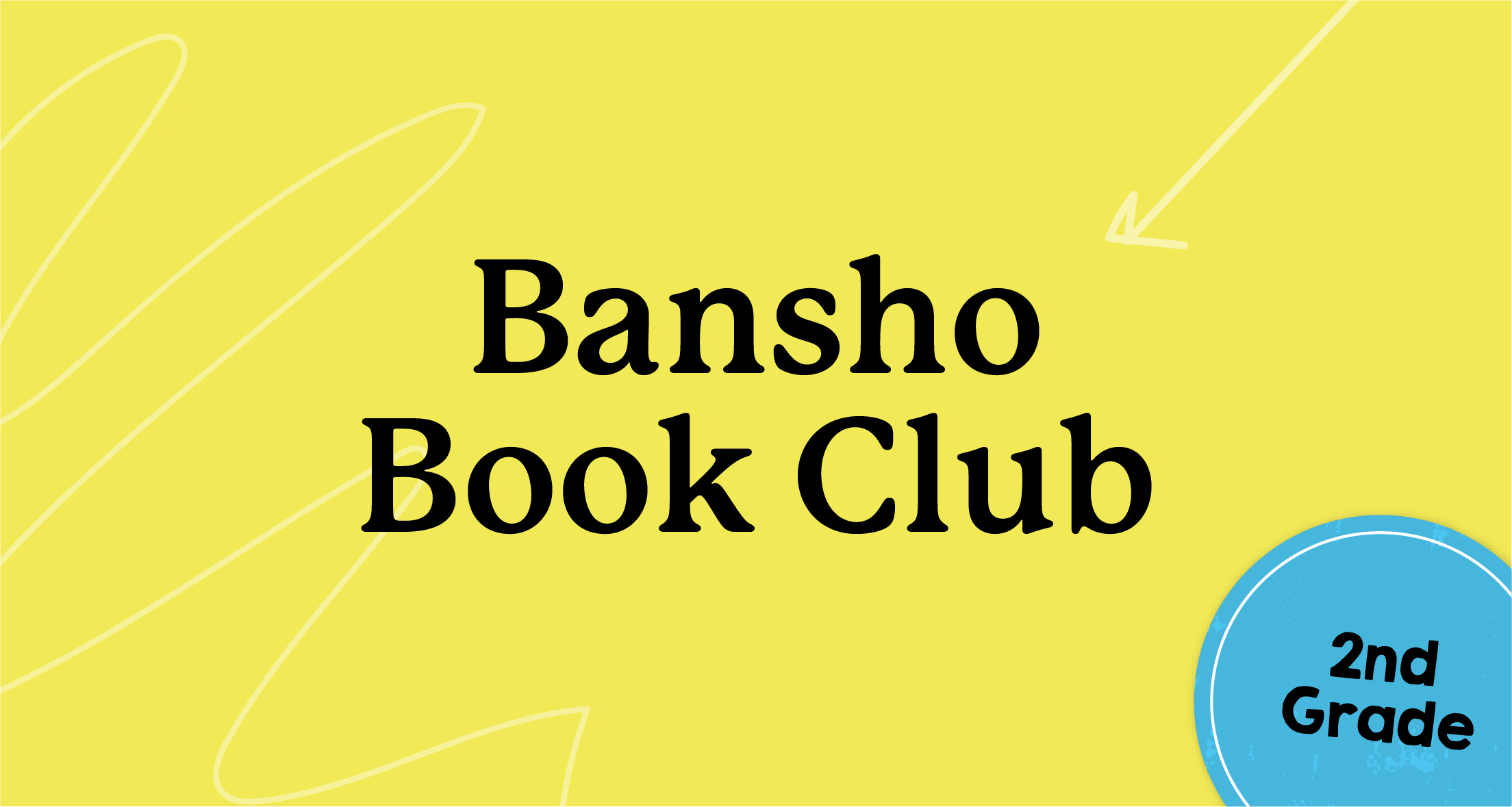 Bansho Book Club: 11 Series to Engage Your 2nd Grade Reader
The easiest way to encourage your reader to pick up a book is to find books that speak to their interests. Even better is to find a book series that speaks to your reader!
Read THE BLOG POST